Dogs and Women Not Allowed 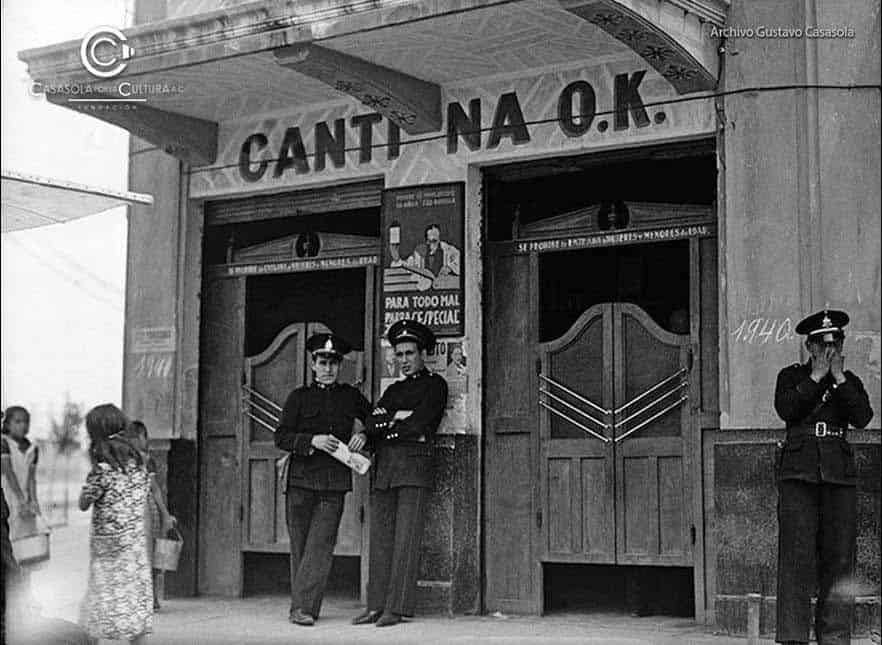 A short history of the Mexican cantina

‘A cantina is that somber corner where you take refuge to calm the pains of love, but also where men go to endorse their virility and show their comradeship accompanied by a bottle’.

We have often walked by these places and wondered what it is really like behind those metal doors and half walls. Where crude jukebox music or bad banda wafts its way out onto the street muffling the hum of the conversations within. Many cantinas are sponsored by the beer they sell, so often they are painted in the brand colors; yellow for Pacifico beer or the white and red of Tecate. But today’s cantina is a lot different than what it started out to be.

The “cantina” culture began in the mid 1800’s during the U.S. occupation in Mexico when there was a great demand for the types of drinks the American soldiers were drinking. Cantinas reached their most popularity under the dictator Porfirio Diaz who was president (a.k.a. dictator) from 1876 to 1911. It was during this period that these establishments were mainly frequented by wealthy men who considered them a haven away from life and wife! Cantinas were definitely created for a man’s world and during this time no women, children, dogs or even men in uniform were allowed entry.

Wikipedia Definition:
A cantina is a type of bar common in Latin America and Spain. The word is similar in etymology to “canteen”, and is derived from the Italian word for a cellar, winery, or vault.

By the 1940’s and 1950’s, as the wealthier began to prefer to go elsewhere, more working class men started to frequent the cantinas. This was partially due to the rise in popularity of the Mexican film culture in which at least one scene in every movie involved macho men drinking in a cantina. To the working classes, it became a place where men could drown their sorrows and revive their “maleness” with other like minded amigos. Many of the old catinas still serve free “botanas” (snacks) while their patrons play a friendly game of dominos or cards.

My first personal experience in a cantina happened quite by chance as a result of getting lost. Years ago, when I was new to Mazatlan, I had arranged to meet friends at a restaurant in the historic centre of town; a section of Mazatlan I had not yet become familiar with as I had been staying in the Zona Dorada (Golden Zone). They had given me the name of the restaurant but after wandering around the unfamiliar streets (in the days before Google maps) and having no luck locating the place, I gave up and hit the first bar I found. I thought I’d try to gather my thoughts and see if I could figure out where I was.

The place I found myself in was called Son Sin and it was one of the original cantinas in Mazatlan. Back in the day it was a lively spot, where famous Mazatleco characters such as Carlos Bueno (the painter and muralist who helped launch the Chicano art movement) or singer song-writer/actor Jose Angel Espinoza, were frequent visitors. Many employees of the nearby Bank of Mexico were also regular patrons of this cantina.

But when I found myself there it’s glory days were long past. The wear and tear may have been showing but there was a friendly atmosphere to it. An organist was playing old romantic Mexican ballads to an empty bar save for me. The owner was a woman whose name I cannot recall but her character was memorable. When I asked her how she managed uncooperative, inebriated men, she quickly reached behind the bar and slammed down a very large, rusty machete. Question answered! Unfortunately this little gem of Mazatlan closed only a few years ago. 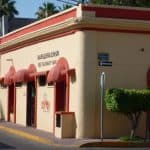 While Mazatlan has its share of old style cantinas that are still active (La Dunia; El Gallo, etc.), the most notable historic ones are found in the capital, Mexico City. Most of the cantinas here are in close walking distance to each other in the centre of town. In fact, many are making somewhat of a comeback and the formerly decaying locations are being restored and attracting a whole new trendy generation of hipsters.

El Tío Pepe is the oldest existing one, opened in 1890. La Ópera is popular with tourists and Salon España is well known for its tequila selection. La Faena is Mexico City’s largest cantina and although its great days have passed, it is still worth a visit just to see its opulent decor.

One of a particular worthy note is La Peninsular where married men can acquire a “legal permit”. The permit simply says “I hereby state that I authorize my partner to have fun whenever he wants and that he can drink until he gets drunk, play and be distracted by as many ladies as are presented to him. Signed by the wife and mother-in-law.”

By the 1980’s Mexican women began to enjoy more rights and the cantinas relented and started to allow them entry (dogs and men in uniform continued to be prohibited). However, to this day, in the more traditional areas of Mexico, it is still considered improper for ladies to enter these types of bars.

But even with the changes in recent history, the true cantina remains a sanctuary for the ordinary working man, and a stronghold for old values and cheap beer.

When you’re in Mazatlan over the winter, make sure you get a chance to try Ana’s “Shrimp & Cantina” experience! You can join her Facebook group “Mazatlan Snowbirds Activity Group” and keep up with all the winter activities or be added to the mailing list by CLICKING HERE.