Highway to Mexico – The 100th Dispatch 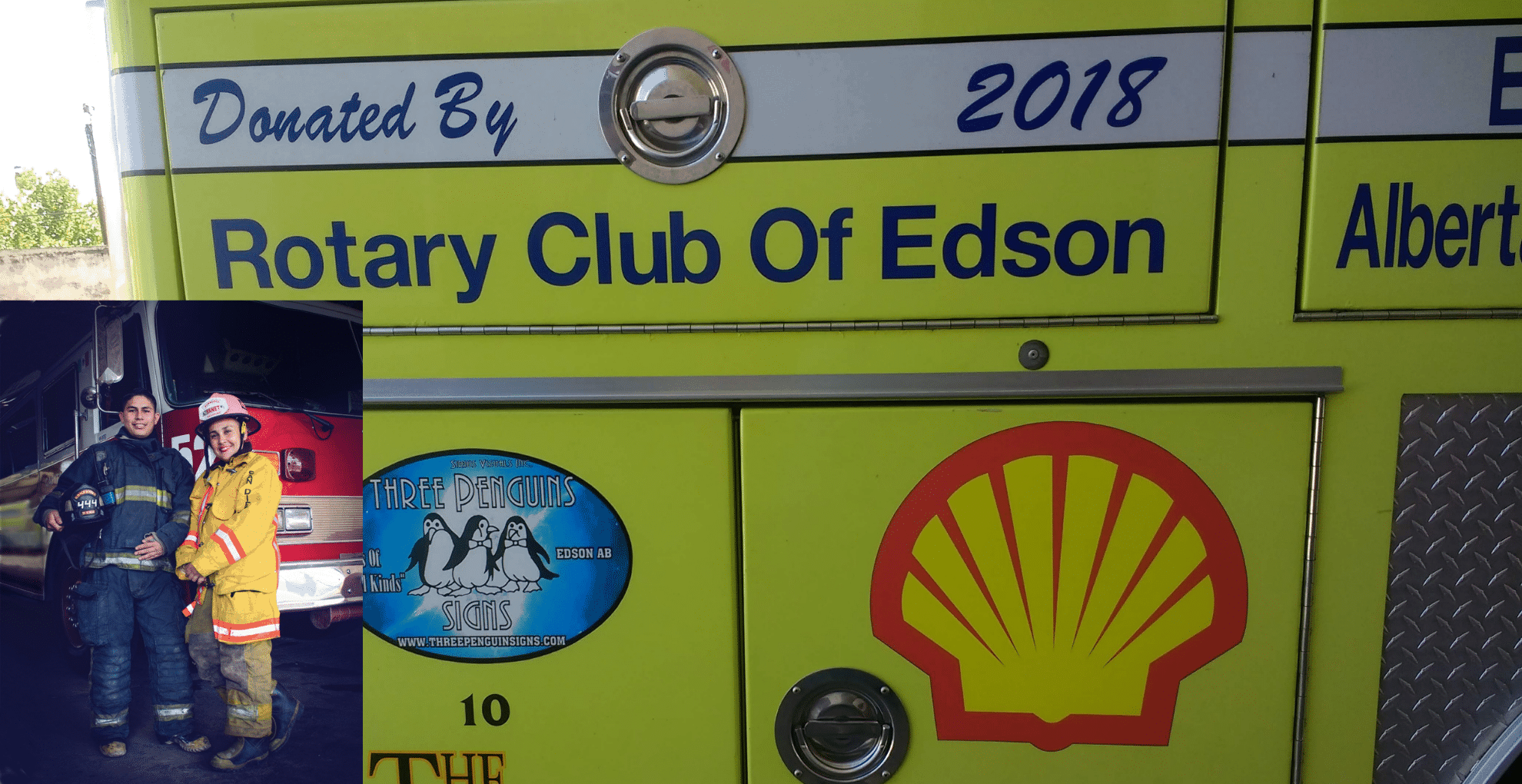 It all started in 2002 with a simple question… Lou Albanetti, a Grande Prairie Rotarian, on one of his many visits to Mazatlan, asked what was desperately needed by the people here. He was told they needed wheelchairs. Acquiring those wheelchairs in Canada was not a problem but getting them delivered to Mexico was. So while he and other Rotarians such as Allan Kuechle were brainstorming a method to ship them down, the idea came up to load them onto a donated school bus. The bus would then be left with the folks at the Aquarium who could put it to good use. From this first delivery, the Highway to Mexico program was born and has now morphed into an annual delivery of emergency vehicles (fire engines and ambulances), school buses and other equipment.

Over the years Canadian Rotarians from Grande Prairie and Edson, Alberta clubs have delivered 96 vehicles in total to the city of Mazatlan and its’ municipalities for a combined value of over $1 Million Canadian dollars! But it doesn’t stop there. Every fire truck delivered also comes equipped with all the requisite hoses as well as 20 complete sets of NEW personnel firefighting gear. They will often also include other badly needed equipment such as jaws of life, air tanks and breathing apparatus. Many communities surrounding Mazatlan would be without any emergency services if it weren’t for these donated vehicles. Prior to this program, communities had little or no access to fire or ambulance services. And even as recent as 18 years ago the only service in Mazatlan was the Red Cross, according to Jose “Pepe” Sanchez of the Mazatlan Rotary Club.

Interestingly, emergency services here and in the surrounding communities operate completely on a nonprofit basis through a large network of volunteers. In fact, the majority of firefighters (“bomberos”) are also volunteers and this is why you see young volunteers at traffic lights holding out their helmets looking for donations. The money their services operate on comes completely from these donations. They do not receive any government subsidy or assistance. The same is true for Red Cross ambulances and their emergency response teams.

While the first Highway to Mexico trip involved just Allan and one other driver, it now requires a team of lead drivers, spare drivers and support people to deliver the 3 to 5 vehicles each trip. Along for the ride are Canadian firefighters that assist in teaching the skills required to operate the various pieces of equipment.

Logistics in getting these vehicles driven down to Mexico is a feat in itself. The majority are purchased or acquired by the Rotarians through public auctions. Most of these vehicles are about 20 years old when they are “retired” from their Northern homes and so thorough inspections are performed and any needed work is done before they are ready to be delivered to Mexico. All costs are covered by these Alberta Rotary Clubs.

Once approved, then the enormous amount of Mexican and Canadian paperwork begins. While some permits, cross border requirements and other details can be taken care of in Canada, the Rotary group in Mazatlan, under the guidance of “Pepe” Sanchez, assist in arranging the Mexican side of the import. As well, some Mazatlan Rotary Club members will fly up to Nogales to meet the team and assist with the actual border crossing. If all goes smoothly, then crossing into Mexico can take as little as 3 hours, but there have been times when it’s taken much longer, sometimes overnight. And of course, all of this has a cost and this year the Mazatlan Rotarians and the institutions receiving the vehicles raised over $50,000 pesos for the importation fees.

The 5,000 kilometre trip takes about one week with the food and accommodation (especially overnight vehicle parking) arranged and those costs fully covered by Rotarians. The rate of travel is determined by the slowest moving vehicle, so that no one is left trailing. There are two drivers to each vehicle. It is quite a sight to see this caravan of emergency vehicles heading down the highway. Many people along the way honk their horns and yell greetings of support for this well known program. Once the vehicles arrive in Mazatlan, there is usually a short parade to show them off. The Rotarians and any accompanying family members will stay one week to engage in transitions, festivities and any appreciation events that are put on by the receiving institutions.

Not only is Mazatlan able to take advantage of this program, but surrounding communities can also qualify for a vehicle. There is a rigorous and strict vetting process that happens before a donated vehicle is presented. Pepe and his committee go to great lengths to ensure that the receiving institution or community requesting a fire truck or ambulance has a firm action plan in place for not just the maintenance but also operating costs and the people to work the vehicle as well.

This year, through the joint efforts of the Albertan & Mazatlan Rotary Clubs, the 100th emergency vehicle will be delivered to the good people of Mazatlán. This delegation will leave Canada March 29th, arriving on April 5th. Since 2002, Allan Kuechle has done the trip 11 times and this year he, along with some of the previous drivers, will fly down for this special occasion. Festivities will include a grand parade of many vehicles from Mazatlan and the surrounding communities that have benefited from this program. In fact, 85% of the donated vehicles are still operating and on the road. Donated vehicles are easily identifiable with the Rotary logo as well as other distinguishing graphics such as the name of the fire station in Canada from which it originated.

The program began with school buses and over the years these buses have been utilized for many purposes such as transporting disadvantaged children to the Angela Peralta Music School so that they can take free lessons; bussing kids to events; or equipping some buses with wheelchair lifts to assist with mobility issues. Two years ago, a desperately needed ambulance was donated to the Children’s Hospital in Culiacan so that parents could get their children to the hospital for medical treatments. Before that, some children died because they could not access the services. Allan also recalls one special story of a small village just north of El Quelite needing a bus for the children to get to school. At the time, there was no real road and the children had to walk 10 kilometres to get there. So a 54 passenger school bus was donated. On the very first time out, the children were so excited to ride a bus that they all piled in. All 104 of them! Maybe this contribution was the impetus for the government, because, just two short years later, the community finally got their road built.

So thanks to Alberta Rotary clubs and members like Allan Kuechle, Feliz Seiler and Rick Conrad of Grand Prairie; Murray Heinrich of the Edson club; and Pepe Sanchez of Mazatlan Rotary – the Highway to Mexico program continues to deliver needed equipment and plenty of smiles to the people of Mazatlan.