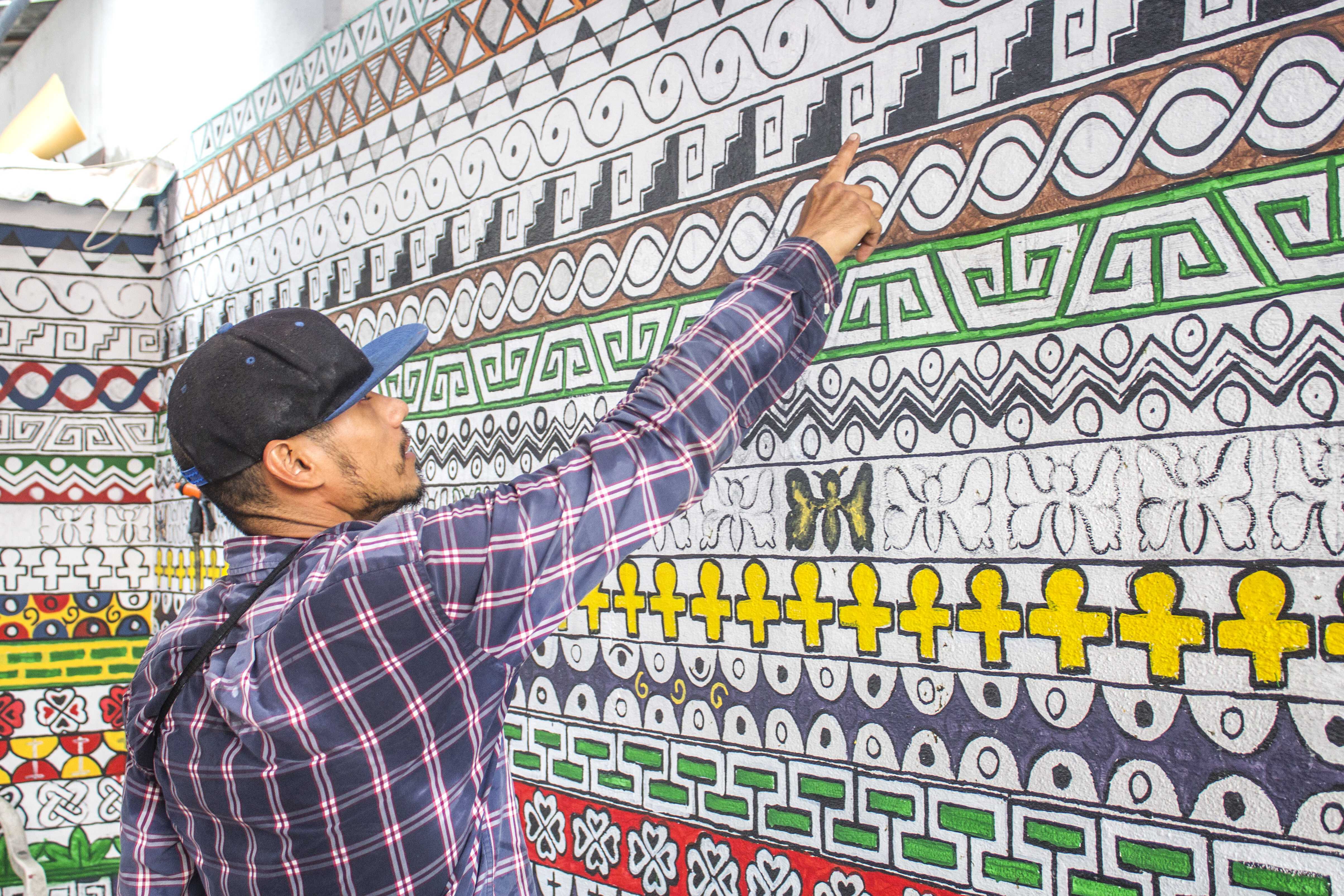 How one young man found his community again

Imagine waking up one day in a place surrounded by strangers that look much like you but have totally foreign habits and speak in a language that is vaguely familiar. While this may possibly have been the scene of an old episode of “The Twilight Zone”, at the time, Rod Serling could never have written it based on reality. However, this has been the reality for thousands of “lost boys” (and girls) over the past two decades.

So who are these “lost boys” and what makes them lost?

Jose “Ambos” Herrera’s earliest memory was growing up in the United States amongst numerous family members and a warm community of neighbors. It was there he met and married his sweetheart and they began a family that today consists of 3 teenagers.

Unfortunately the last time he saw his children was over 15 years ago when they were very small and he was about to complete a jail sentence. It was also just before he was deported back to Mexico upon his release. 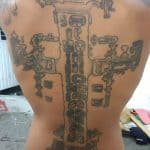 Jose’s story is not unlike many others. Many of the young people that were taken to the USA as babies or very young children and then returned to their birth country, will find themselves struggling to adapt to a culture that is essentially foreign to them. Basically, they feel lost.

Many returnees have heavy accents when speaking their birthplace language. Others are unfamiliar with the traditions, social norms and cultural expectations of their mother country. And some others don’t even have family members in Mexico that can help with their reintegration.

This was Jose’s story. After being flown through Georgia, Alabama, Texas and finally bussed to Reynosa, Mexico, he found himself alone, with no money in an unfamiliar place. Over the years he struggled with fitting into a society that regarded him as a “foreigner” and often made him feel unwanted even in his own country. He would find employment here and there but often he struggled with the temptations of the street and would lose those opportunities.

After spending what he describes as “too much” time in Monterrey where temptations are high, he decided that Mazatlan, with it’s smaller community, would be the better place for a fresh start and to try and stay on the straight and narrow.

“I want to be noticed, but in a good way”

When Jose first arrived in Mazatlan last fall, here too he knew no one and had little money. He spent the first two weeks sleeping in the “kiosko” (gazebo) at Zaragoza Park where he met Dennis. Dennis visits the park daily at 7pm to feed any homeless people that are gathered there. He was Jose’s first friend here.

Jose also accessed the services of “Amigos de San Jose Maria” (see February’s issue at www.mmazatlan.com to read all about this great charity). The generous people at San Jose helped sustain him while he got back on his feet and, through the help of yet another good soul, he found work running the car wash on Luis Zuniga street which is also where he now has a place to call home.

And Jose is no longer alone! He now has a trusted and loyal companion named Malcolm; the rescue dog he got through a local animal rescue organization. Not only is Malcolm his buddy, but he also serves as the unofficial guard dog for the car wash. 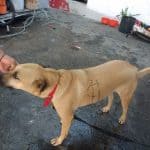 Shortly after moving into the car wash, a local lady, Christine, and her friend performed a house blessing on Jose’s new home. It was this event that inspired him to begin his mural project which he has named “AMBOS” (meaning “both” in English). Because he has come to realize that there are always two ways to see things in life.

So with donated art materials, he began to draw. He really didn’t have much of a plan. He just let the wall “speak to him”. At first, it was a black and white theme but since then it has been developing color and another artist has joined him to get it completed. The many patterns found in the mural speak to people in different ways. Jose’s hope is that it will inspire others in their life. 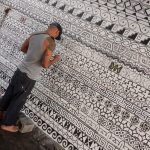 And in a gesture to thank the community that has helped him, he recently held a fundraiser at the car wash which raised more than $2,000 pesos and went towards the food program for the homeless.

Jose’s hope for the future is two-fold. He hopes that one day his children, all US born citizens, will be able to come to Mexico to visit him. And now that they are nearing adulthood this is quickly becoming a reality. And secondly, he wants to be noticed in life but in a good way. The “AMBOS” wall mural is the start.

If you are in MAZATLAN and want to help the charity that assists the homeless, click here… AMIGOS DE SAN JOSE MARIA