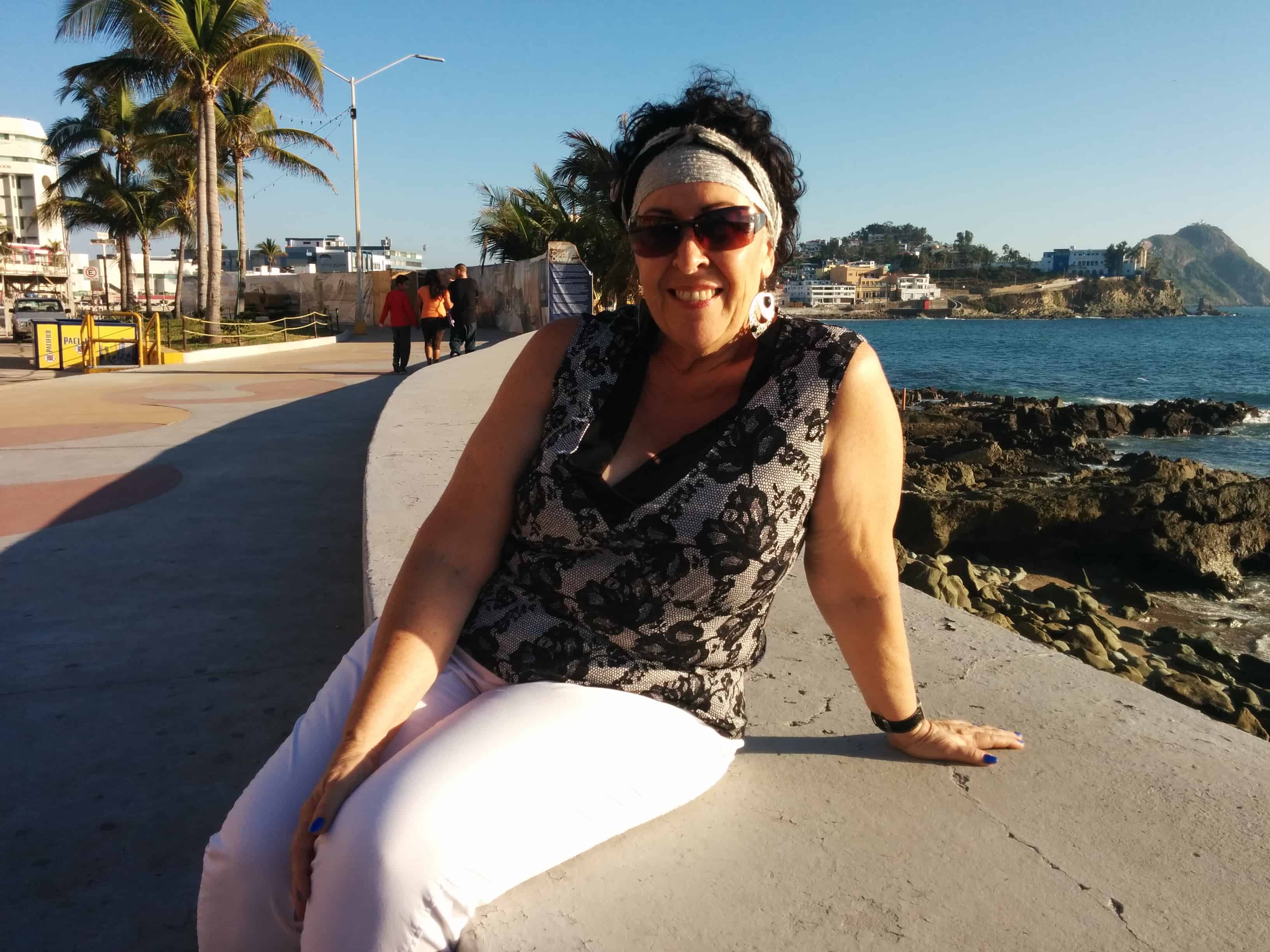 So just how did I come to be in Mazatlan? Contrary to my moniker, I am not Mexican, nor did I marry a Mexican. I do, however, have interesting family dynamics.

When I was barely two years old in 1958 I, along with my British mother and newborn brother, took off on what was to be the first of many trans Atlantic flights. Flying from England to Venezuela, we were on our way to join my father, a naval officer, in his home country. I’m pretty sure that this first trip, as young as I was, sparked my love of travel and since then my “on the go itch” has never subsided. We were to spend the next few years travelling between what became known as the “Fernandez triangle” of England, Venezuela and Canada. Along the way I collected two more siblings, so that between the four of us, we claim three countries as birthplaces.

On that first voyage*, we had to connect in New York for Pan Am’s “President’s Special” in order to arrive in time for Christmas. My father paid the hefty sum of $100 extra ($850 in today’s money) for this privilege. Upon arrival in New York, we were escorted into a First Class lounge by the “air hostess” where we were assigned a private room in which my mother could change us out of our winter clothes and into the tropical ones more suited for the impending Venezuelan heat. In those days, service was always #1 at the airlines. The heady elegance of travel then contrast starkly with today’s, where people fight to simply get an extra three inches of leg room!

So how does this all relate to Mexico? Well, when I was nine, father retired from the navy and we settled in Canada temporarily so that he could attend University and further his career. We settled in Toronto and several years later, as a teenager I ended up remaining in Canada when the family returned to Venezuela. Through all the years living in various cities in Ontario and British Columbia, I never forgot my Latino roots and wanted to reconnect with my culture one day. In the mid 1980’s I had the opportunity to vacation in Mazatlan. It was during this trip that I decided “one day” I would retire here. Well living more years than I care to count in an environment of subzero winter temperatures was a great incentive. Then two grown children and one divorce later…that “one day” finally came! That was 2011 and I have not looked back since.

Like I tell my friends, at the age of 55, I found myself uncoupled, uncompromised and uncomplicated. I basically sold everything I owned, put what I wanted to keep into storage and headed down to the Pacific pearl that is Mazatlan. Although I wasn’t yet at retirement age and I certainly didn’t have any large financial resources to fall back on, I knew that somehow I could make my dream come true of at least spending winters in my little corner of paradise…becoming a solo snowbird. My plan at that time was to make enough money during the summer in Canada to support my winter in Mexico. And more or less that is exactly how it was for the first few years. Now I have even more freedom because I work online and manage a couple of websites that cater to the snowbird lifestyle.

I would encourage anyone who’s dream it is to do this not to wait. Like the Nike slogan goes “Just do it!”. And I always say “put it out there” and see where the universe takes it. It’s how I have lived my entire life and so far, it has never disappointed me.
Saludos, Ana Fernandez

From that trip to today, my brother Carlos, now living in China, and I are still members of the exclusive “Junior Jet Club”. A club that was created by BOAC (British Overseas Airways Corporation) for frequent traveler children. Membership came with a Log Book as well as a lapel pin in the shape of wings. On each flight we enjoyed special privileges such as a goodie bag and a visit to the cockpit to get our log book signed by the Captain. Although our numbers are decreasing yearly, the club is still very active through Facebook and in fact some members still manage to get the Captain to sign their ageing log books!