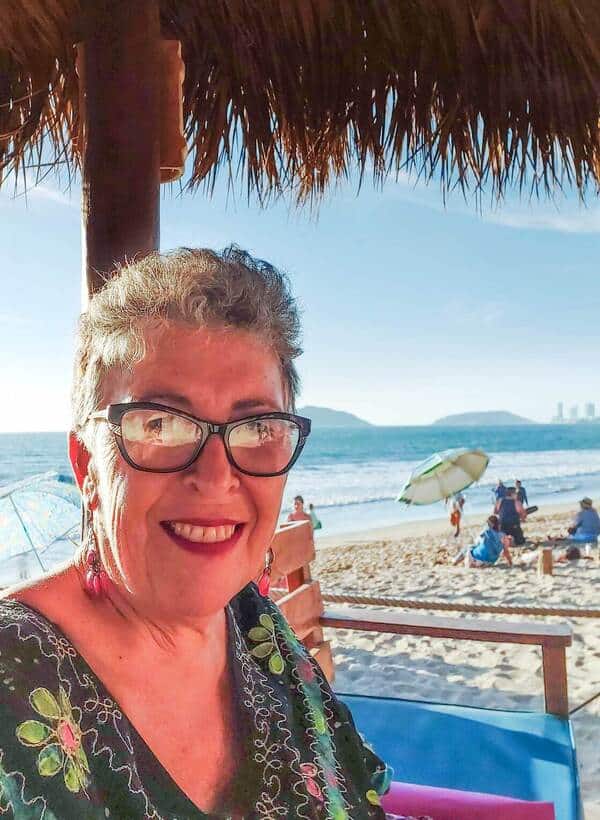 In the spring of 2011 as I packed up the last of my boxes for my big move to Montreal, I could only think about my impending vacation to Mazatlán, Mexico. You see I had been living in Prince George, a small town slap dab in the middle of British Columbia, Canada, for almost 15 years and I just couldn’t endure one more year of it… the bone chilling cold winters notwithstanding. My gypsy blood was telling me it was time to move on.

So why Montreal?
Well, first of all, I was only 55, single with a dumb (read, not financially prosperous) divorce behind me and very little in savings (read, just under 5 figures). I definitely needed to continue working to support myself. And besides, my youthful good looks had started to reach the “sell by” date and it was time to assess what was most important in my life. The answer was, having a vibrant life in an engaging place where I could always be my true self. You see, I never really fit in as a northerner. I enjoy bright colors, spicy food, racious laughter and hip moving music so much so that my daughter, when a young teenager, would sometimes ask me to “tone it down, mum” as I would embarrass her just by my mere presence.

Therefore, Montreal, with its unique culture, charming people, gastronomic paradise and lively music scene seemed like a great choice for me if I was to stay in Canada until retirement age. But prior to making my move, I decided to take the opportunity while I had the time and the money, to have a little holiday in a much warmer and more tropical environment. After all, I had been working non stop for a few years without a real vacation outside of weekend camping jaunts, so the timing was perfect.

Mazatlán arrival
On April 25th, 2011, I jumped on a WestJet flight and arrived for my three week stay at the Mariana Beach Hotel in the Golden Zone, owned by my good friends, Vern & Alfredo. They had purchased this little gem of a business just 2 years prior and had been busy developing it into a boutique hotel aimed at attracting the snowbird market. Vern suggested to come down at that particular time of the year because I would also get to experience the Semana de la Moto (Motorcycle Week) phenomenon, which she said was not to be missed. Boy, was she ever right!

Bikers, bikers, everywhere!
Having never been to the infamous Sturges motorcycle rally I had nothing to compare it to but I was blown away nonetheless. The cacophony of roaring motorcycles along with just about anything that was able to run on a motor under 1500cc’s was mind blowing…and very noisy! I had never seen so many bikes in my life and the parade seemed to go on for hours. At first, I was hesitant to engage with any of the “bikers” as I was going by my knowledge and experience from Canada where one stays as much away as possible from these “hooligans”. Until I realized that these motorcycle “clubs” were so unlike the American and Canadian motorcycle gangs as that the majority of the club members were made up of enthusiasts, not criminals.

My first taste of the pearl of the Pacific
This was not my first trip to Mazatlán though. No, I had been here before, twice actually. The first time was with a boyfriend (whom I eventually married) in 1988 where we spent a week at Las Brisas Hotel (now known as Essen’s Hotel). It’s that retro hotel on the Malecon that hasn’t changed its facade in all these intervening years… I mean, other than paint color and the occasional name change. At that time I was in the throes of crazy, deep love and to this day I still get goosebumps from the sweet memories of that week. It’s funny, but I can actually remember thinking at the time, love or not, that “one day” in the future I would live in Mazatlán. That’s how much of an impression it made on me at the time. Little did I know then that it would take two children and one divorce later to come true!

The cruise that brought me back
My second visit was many years after when, in 2007, as a gift to my teenage daughter, we went on a “Mexican Riviera” cruise (her choice) where we would be stopping in 3 major Mexican ports, the second of which was Mazatlán. Because I had been there before, I really wanted to learn a little more about the history of it rather than do the normal touristy things, so I booked what was marketed as “a historic walking tour of old Mazatlán”. It was our good fortune to have as our guide, Sheila Meise. Sheila, a US citizen, had been on vacation here when she was a young girl and well, basically, just never left. She had made a life for herself embracing all things Mexico and, learning the language, was able to really engage in the culture. And boy, did Sheila know her Mazatlán. She shared with us so many great stories and its rich history. Sheila had that “spark” that so many have when they have found their niche and happy place. When I made the move here, she was the first person I began trying to locate. We did finally connect after a year. But we lost one of Mazatlán’s ambassadors a few years ago. RIP Sheila, Mazatlán misses you!

Change of plans
During those three weeks, I ventured out exploring as much as I could, using public transport as well as Mazatlán’s famous “pulmonias” (open air taxis that look much like a fancy golf cart). I got to know Mazatlán’s culture, people and environment well enough that by the end of my vacation I had been talked into moving here! The impetus was actually my friend, Vern, asking why I would move from one freezing cold town to another and my answer was “because Montreal is so full of life, just like the Mexico”. To which she replied, “then why not move here instead? And you won’t have to deal with the cold either.” Couldn’t argue with that, so I headed back to Canada, sold more of my stuff and just a few months later, found myself in Mazatlán starting a new life.

That was 10 years ago today, April 25th, and I have to say that not for one moment have I ever had any regrets. Yes, there have been difficult times, both financially and emotionally… missing my family would top that list. But the richness of my life here, filled with the vibrancy that is the Mexican culture and its people have helped me create a lifestyle I finally fit into…colors and all!

In my next blog….read how I was able to make a living (legally) and stay in Mexico!